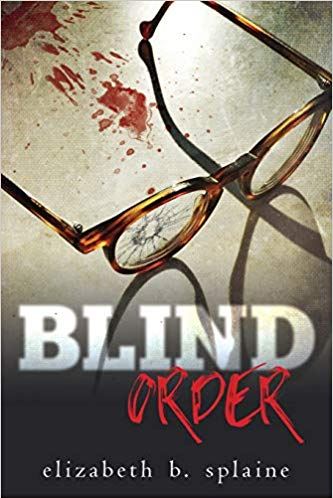 I grew up in Delaware and now live in Rhode Island.

I attended Vassar College (NY) and Duke University (NC) for undergrad and UNC Chapel Hill for my Masters in Healthcare Administration. After that my husband and I (and our growing family) lived in and around Boston for ten years, then moved to Hershey, PA where we lived for nine years. Following that, we moved to Grand Rapids, MI for five years, Northville, MI for three years, and back to the East coast to settle in Rhode Island in 2018. During all of those years I worked in healthcare administration, then sang professionally in the opera world and starting teaching voice, which I still do, prior to writing.

While we lived in Grand Rapids, MI I was brushing my teeth with my eyes closed and I dropped the toothpaste cap. Without opening my eyes I leaned down to find the cap and after several minutes of searching, couldn’t find it. As I opened my eyes, grabbed the cap and stood, I thought, “It would suck to be blind and drop the toothpaste cap,” and the name Julian Stryker popped in my head. Other character details arrived shortly thereafter (Julian is a blind child psychologist who practices in Boston), so I went downstairs and started writing…and haven’t stopped. That was my first book, which hasn’t been published. But once the protagonist of this series was born, another book idea arrived when I was driving my son to camp and a sociopathic female physician popped into my head. My son and I wanted to create an ironic name for such a twisted character, so we named her Linda (pretty in Spanish) Sterling (as in silver.) That was Blind Order. After Blind Order was published, another character came to me, a little girl, and she wouldn’t go away until her story had been told. That’s Blind Knowledge.

I sent out queries for Blind Order and received about 50 rejections, but among those 50 were several emails indicating that my writing was strong and my characters were memorable. Then I spoke with a traditionally published author and he urged me to self-publish. So, after much consideration, I did and had a great experience!

Amazon reviews describe my books as page-turners. I like to think that they are, but that they also contain humor and humanity. In terms of genre, my books are:
Blind Order is a psychological thriller.
Blind Knowledge is a mystery/thriller.
My upcoming book, Devil’s Grace (to be released in October 2020 through a traditional publisher, Greenwriters Press) is a metaphysical mystery.
And the book I’m currently writing, Swan Song of a Jewish Diva, is historical fiction.

I realized recently that all of my stories deal in some capacity with the loss of family. That was an interesting (and somewhat disturbing) epiphany. Readers who connect with my stories are empathetic. They like to relate to the characters and ask, What would I do in that situation? Oh, and anyone who likes a thrilling page-turner!

I have learned that the story needs to tell itself. I have tried to bend the story to my will and end up writing in circles until I, inevitably, come to the conclusion that I need to write the story as it flows through me, and then tweak it later.

Accept all criticism and use it to your advantage.
Let the story tell itself.
Listen to others’ advice but don’t let it stop you or interfere with your gut instinct.

My goal is to be on the NYT Best Seller list and have at least one of my books made into a movie. So, to answer the question, I’d like to reach millions.

Like all newer writers, getting my name and my books to the world is always a challenge. I have come to understand how critical marketing is and how to go about marketing my books. Self-publishing is now a huge business and it’s challenging to understand which companies are strong and which companies will simply treat you as a number (literally in one case.) All of them want your money and promise the world, but which actually deliver a strong end product?

My biggest strength in writing is discipline. Creating a writing schedule and sticking to it. And if I don’t feel like actually creating and writing, then the time is spent marketing or researching. There’s always some writing-related work that can be completed.
My biggest strength in publishing is having been through it several times now with several different publishers and applying what I’ve learned to the next step in my writing journey.
My biggest strength in marketing is persistance. I know I have strong products and they will get out there!

The Blind series is self-published and Devil’s Grace is through Greenwriters Press, a traditional publisher. I won a writing competition (that involved presenting a marketing plan, doing a public dramatic reading, presenting the author behind the book and presenting my cover/cover copy) called When Words Count. The prize was a publishing contract. Here’s a link to the competition site.