Author of  I’m Free – Awareness of Who you Are by Discovering Who you are Not! 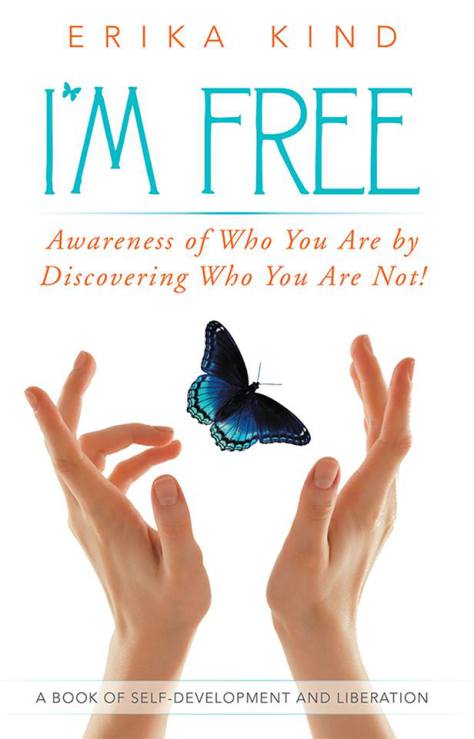 I was born in Vienna, the capital of Austria. When I was about 6 months old, my parents moved to a different part of the country, actually the absolute opposite side of the country which was close to the border to the Principality of Liechtenstein. My father worked for a company which owned a company in Liechtenstein too and for which he took care of after our move. At the same time, he began to work on founding his own company in Liechtenstein. A few years later we moved to Liechtenstein when I was 9 years old. In the years 98/99, I moved to the US together with my husband and little daughter. So, we moved there as a party of three but we moved back to Liechtenstein as a party of four when my first son joined us. By today, I am still living in the principality.

That is a story of 39 years. I was driven and controlled by fears and the belief that I have to fulfill certain standards. I was more or less taught that there is only one way to make it in life and to make it successful in life. Every other way was not tolerated. It was used to that way of living which doesn’t mean I was not happy with it. I had not even considered that I am allowed to think differently or to break out of that way of thinking. I was afraid of so much, of trying new things without asking for approval, of doing what my heart called me to do. I was afraid of everything out of my little comfort zone. As a young teenager, I stopped sharing my feelings with my family because I was too afraid that in certain situations it could be used against which happened too often anyway. I was often humiliated because of who I was. That all caused me to build up a wall around me. I did not let anyone in order to not get hurt anymore. But it was very lonely there. Since I was taught to be strong and a role model (I am the oldest of three) I was completely frustrated and unhappy. “Don’t cry, become tough” was what I heard already as a child. No room for myself and who I really am was not allowed to develop.
But he time came when the pressure of who I really am was becoming bigger and stronger than the false and distorted self I lived. I had to change something. I read lots of books, like Tolle, Dyer, Abraham-Hicks, … I joined classes for energetic healing (which of course, supported my own healing). Since I have had lots of medial experiences already as a child I improved that skill too. And on my journey, I met people who went through a similar period like I. We encouraged each other tried to find ways for the other one which again made us find answers for ourselves. It was an amazing time. It needed so much courage in the beginning to do the first step but with each step, the courage grew.
I made a fear list. I listed all the things I was afraid of and I began to work myself through it, facing fear by fear. One of those fears was being left to my own devices. I booked a flight to California (a 12-hour flight), rented a car and hotel and spent there about 10 days. I have to admit that it was my second time in California and my best friend lives there. So it was at least a little bit of security. But still, a different language, me driving in a foreign country, organizing everything by myself. The funny thing was, from the moment on I decided to do it, my fears dissolved.
When I was in a little cove in Laguna Beach sitting at the ocean this all came back to my mind and all of a sudden I had this one thought flashing in my mind: “There is nothing I need to be afraid of!” Fear is a thought, an opinion, an imagination, becoming a subjective truth because I believe it. But it is not real! I proved myself by facing all the fears that they dissolved as soon as I looked them in the face.
My best friend already told me to write a book since our discussions felt so helpful to him. But I denied, who am I to write a book? But on that day in Laguna Beach, the time was ready – I was ready. I wanted to share this simple yet so profound insight. that no one has to live in fears and be kept from living. “I’m Free” was born.

“I’m Free” is a little lamplight through the jungle of fears. It explains how and why we develop fears unconsciously and how they can manifest so persistent in our minds. But it is most of all a guide about how to discover them and dissolve them. Who we are is a part of the most powerful force in the universe. Once we understand and are aware of who we really are we blow that wall that limits our view and our being from living and from fulfilling the purpose it came for in this physical world. I believe that rediscovering who we are is a part of most of us on the journey through life. That breakthrough moment changes everything.
That’s why the subtitle of my book is: “Awareness of Who You Are by Discovering Who You Are Not”

I ask you back: Who is not likely to connect with the topics I write about?

The most amazing thing while writing was the process of healing and awareness I went through live. Whatever chapter I was working on, life lead me through the topic. It delivered examples and made me experience the subject from its core. That’s why I was able to provide so examples in my book. The interesting thing was that every single time I was working on each chapter, I went through it again. It felt to me that the universe wanted to make sure that I really know what I am writing about. Amazing!

Don’t change a thing of what you are doing. Because whatever you are doing now leads you to exactly the point where you are supposed to arrive later. Be patient and trust your Self. It is all woven in a perfectly organized plan – only for you! You need to make the many steps and detours in order to really understand and be ready for the big moment.

The biggest challenges for me were once again to overcome my fears. Those moments when I saw that my plans work out. Isn’t that ridiculous? But I did something completely new and all of a sudden I was asked to take responsibility for the seeds I planted. It was the moment when I sent the manuscript to my later publisher in Liechtenstein, when they got back to me and me talking to them about my book. Every step in the process of talking about what I believed and not what others told me to say. Later when I published the English version it was the communication in a different language and the whole process. Stupid little fears but I stamped on each one of them.

I think what most of the authors will tell you: Writing… lol! Otherwise, I might not be a writer but a manager or promoter.

Promoting my work. I still have to work on it. But I got better since I am doing this for inspiring others in finding a way for themselves. It is not me dictating a way and it is not me praising me or my work. That helps… haha.

Actually, the book was already written. It lies in my drawer for about 8 years now. It is kind of a sequel to “I’m Free” since it goes into detail. The title is “Miracles Are Not Based on Heaven’s Mood”. Does it sound intriguing? I am writing about how we can take more control over the happenings in our lives and that destiny is something we can direct. But it also tells how to still control ourselves for our sake when things happen which are not in our control.
The only problem with the book is that it is still in German and waits to be translated. I want to publish it in English and need to find the time to work on it. But to be honest, this interview really gave me that kick in my XXX to make room.

I published 5 books so far. Two of them are self-published. I went with my first poem book with a traditional publisher in order to learn about the process. My e-book “Enjoy Life” (a collection of English poems) was published over kindle and my quote book was published over CreateSpace.
Both the German and the English version of “I’m Free” were published with a traditional publisher. They had to be professional from the cover to the last letter.
You can see all my published books on my blog ShareYourLight (ErikaKind.me) on my book page.

Write the book, start marketing (letting people know of it) before read more