Author of Biting the Curse 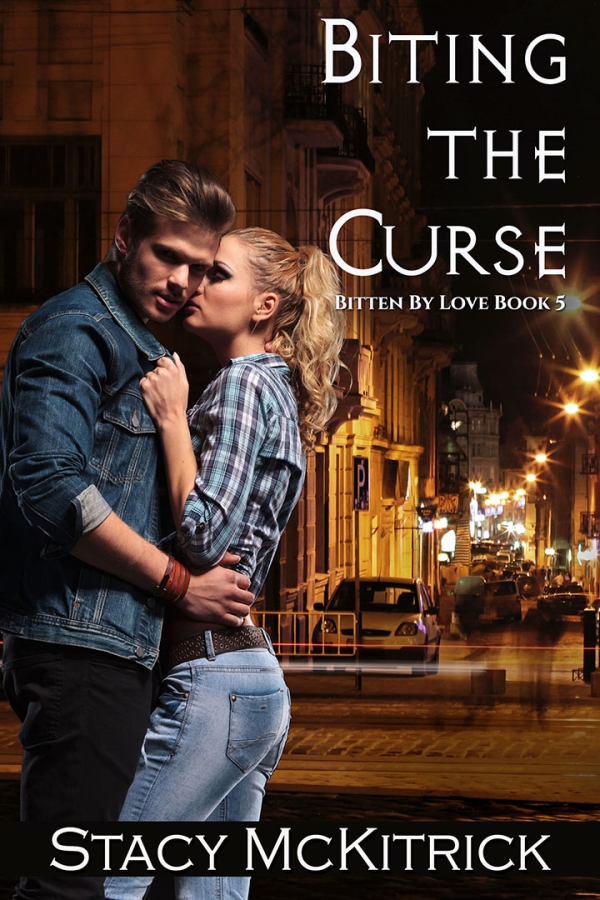 I grew up in Santa Barbara, California, but I live in Dayton, Ohio now (and have for over 20 years). And I’ll probably stay here unless my husband finally convinces me to move to Sarasota, Florida (and after a few more ugly winters here, that could possibly happen!).

How’d I get from California to Ohio? I guess you could say the Army did. I joined at 18 and ended up meeting my husband during my second enlistment. He’s from the pan-handle of West Virginia and had family in the area. After his retirement from the Army (I got out when we started a family), we decided the Wright-Patt AFB area would be the best place to settle down, and affordable to live on his retirement pay (if it came to that). California was just too expensive, or we would have picked there.

I really don’t know what caused me to write my first book. I loved writing in high school, but never pursued it. After reading the Twilight books, I became obsessed with reading about good vampires. It was during that reading frenzy that I began to wonder if I could write one, too. As for when I decided to publish, well, that depended on whether or not I could write! I gave that first book to my daughter for her opinion. When she said I had promise, that’s when I decided to join Romance Writers of America and started learning all I could about making that book better. It wasn’t until I finished my second book that I realized I could actually write books and I loved doing it, so the next logical step seemed to be publishing them.

My books are set in the real world, where the paranormal parts are hidden in plain sight. My heroes are more on the beta-side than the alpha-side, there’s always a little bit of danger involved somewhere, a little bit of humor, too, and my couples are almost destined to be with one another. Of course, I don’t make it easy for them to get their happy-ever-after.

People who love to read romance but want more than just the couple. I loved the Twilight books, but wanted Edward’s point of view, too, and I wanted them to be a little more sexy. So anyone who felt the same as I did, would definitely enjoy my books. I give both points of view (sometimes more, especially with my ghost books) and there’s always some sexy scenes included.

I think the most unexpected and surprising thing happened after I wrote my first book. It was like I opened a door inside my head and all these characters started talking to me! They’ve always been there, it just took me 50 years to figure it out!

As for the process of writing … I’m a pantser. I tried plotting my second book because I thought that’s what “real” writers did. What a disaster! I learned I write better by just starting with the characters and a main problem. I learn about my characters as I write about them.

The surprising thing about publishing was finding out how much time it actually took. I wish I would have waited until I had several books completed before searching for a publisher. Yeah, I learned a lot, but it also slowed my writing down. A lot. Publishing (which entails marketing) is hard work and takes time to do it right. And I’m still learning how to do it right!

Actually, I’d love to tell my past self, the self that was maybe 30, to start writing! But I guess I had to wait until the kids were off on their own before the bug would hit me. I didn’t start writing until I was 51 and I’d like to tell her to get lots of books written before publishing. That the publishing world is changing and you don’t need to go the traditional route, first.

Is a million people ideal? A half-million? Hmmm … I’d just like to reach the people who enjoy my genre. And don’t mind waiting nearly a year between books (because I’m not a speedy writer).

Social media was probably my biggest challenge. I’d heard of Twitter and Facebook when I started out, but wasn’t sure I wanted to touch them. Then I realized I had to touch at least one, so I chose Facebook. Yeah, it can be a time-suck, but I discovered it’s kind of fun, too (which surprised me). Marketing my books is the most frustrating thing ever, though. I’ve taken so many classes and still don’t get it. And I took marketing classes in college, too. That is just not my forte.

My biggest strength in writing is writing dialogue. The characters start talking in my head, so I write down their conversation. They tell me the neatest things about themselves, too! It’s a blast.

My biggest strength in publishing is having help. My husband is able to maintain my website and formats my books and my daughter helps in editing. Without them, I’d be super lost!

My biggest strength in marketing is having time. I don’t have a day job, so nothing like that to fight against.

My biggest weakness in writing is description. Probably because I have no idea where anyone is when I start out with the story. I always have to go back and add the details, and sometimes I forget to do that, because it’s in my head. I need a fresh reader to tell me what I forgot to put on the page!

My biggest weakness in publishing is writing slow. So many authors are spewing out several books a year. I don’t think I can do that. I write lengthy books (over 90,000 words) and they take more time to get ready.

My biggest weakness in marketing is doing it. I wish I knew someone who lived close by and could SHOW me how it’s done. I work better that way than someone just telling me.

I’m always writing the next book. My next vampire release is scheduled for April 1, 2020 (it’s still going through edits). And I’m half-way through writing the first draft of my next ghost book. I’m sure as I get toward the end of my current project, an idea will hit for the book after that. I give myself one-two weeks break between projects. If my characters let me!

My first book was picked up by Lyrical Press. A month before release day, Kensington bought them out, so basically they had my first three books. By the time I submitted my fourth book to them, the market was saturated with paranormal romances, so the declined it. My husband said he’d help me self-publish, so I’ve been doing that ever since.