Science Fiction Stories that You Love to See in Reality

Did you ever want the One Ring to rule over the Middle-earth? Or do you ever imagine yourself at the tea-party with the Mad Hatter and White Rabbit in Wonderland? Have you been expecting your muggle parents to tell you, “You’re a wizard”? Lol! Such a series of daydream we still long to come to life. If only we could summon a portal to the fantasy universe, we would sacrifice our bloods and bones. 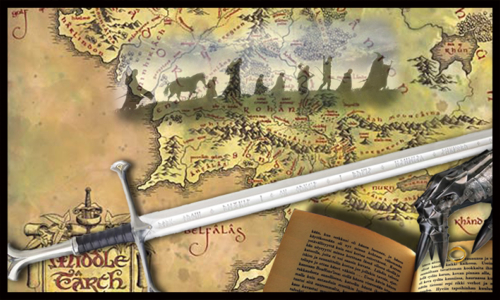 For fiction novel lovers, have a seat on your Iron Throne, and join us for a list of the top awesome science fiction books we’re all dying to see and experience in real life (of course except with the terrifying and creepy ones).

The Lord of the Rings

Who wouldn’t want a magical ring of invisibility, or wish to meet the three valiant hobbits and the ever respected Gandalf the Grey? J.R.R. Tolkien’s epic novel can draw readers to an extraordinary journey in the Middle-earth. Live comfortably in a hobbit-hole. Seek ally with the dwarves and elves. And travel far beyond to the Lonely Mountain and slay Smaug for incomparable treasures. With its own distinct fictional language and geography, the Lord of the Rings is a great science fiction book and a must-visit mythical universe.

“You’re a wizard (insert your name)!” is the phrase you all Potterheads wait to hear from your mothers. How we wish we can cast avada kedavra to our enemies and play quidditch with Harry while riding a magical broomstick. With J.K. Rowling’s world of wizardry, the Harry Potter novel series will bring you a taste of magical experience and fantastic beasts.

Did you ever want to meet Alice and her gang of talking animals with the bizarre mad hatter? Explore down the rabbit-hole and be in awe with the strange world of Wonderland. The master of fiction story-telling, Lewis Carroll, guarantees a land of wonder and amazement where you can play croquet with a flamingo and hedgehogs, or challenge yourself at the giant chessboard. From the magical land called Fantastica, The Neverending Story by Michael Ende, is a world filled with wicked monsters and giant luckdragon called Falkor. It’s a world where you can meet Morla the giant tortoise, or Rock biter who has a diet of rocks.  Travel and go in Sphinxes’ gate, but be careful with the “The Nothing,” a formless entity that may cause harm. One of the best fictions to read.

A Song of Ice and Fire

Although rich with its violent and vicious contents, A Song of Ice and Fire is one good read that would make you want to try a dragon ride in a medieval world with cool war banners and swords. George R.R. Martin, today’s one of the most celebrated novelist, has created a kingdom that maybe we can appreciate or cringe with fear. With the fictional continents of Westeros and Essos, we are captivated with its rich history and exciting drama and clash.

If you want a novel with short stories of brain-wracking crime cases, then Sherlock Holmes is your consulting detective. Sherlock Holmes is the most famous and fictional story created by Arthur Conan Doyle that we hope to become a real individual, smoking his pipe in the 221B Baker Street, London. His character had a lasting impact on the genre of mystery novel because of its exceptional cleverness and sagacity—this makes us even wanting more of his existence in real life. Not to mention his dear friend and sidekick, the modest Dr. Watson.

The Chronicles of Narnia

Open up a wardrobe that leads you to the fictional realm of Narnia. The author, C.S. Lewis, offers diverse and unusual Narnian creatures you can befriend, or most likely, be cautious of.           Sail on a voyage with the Dawn Treader ship and look for the seven lords. Since most of the creatures are talking animals, you’re sure not to get bored. Wait a minute! With all those creatures, would that wardrobe even fit in your room?

With all the best fictional novels we wish to be real, they are endless!